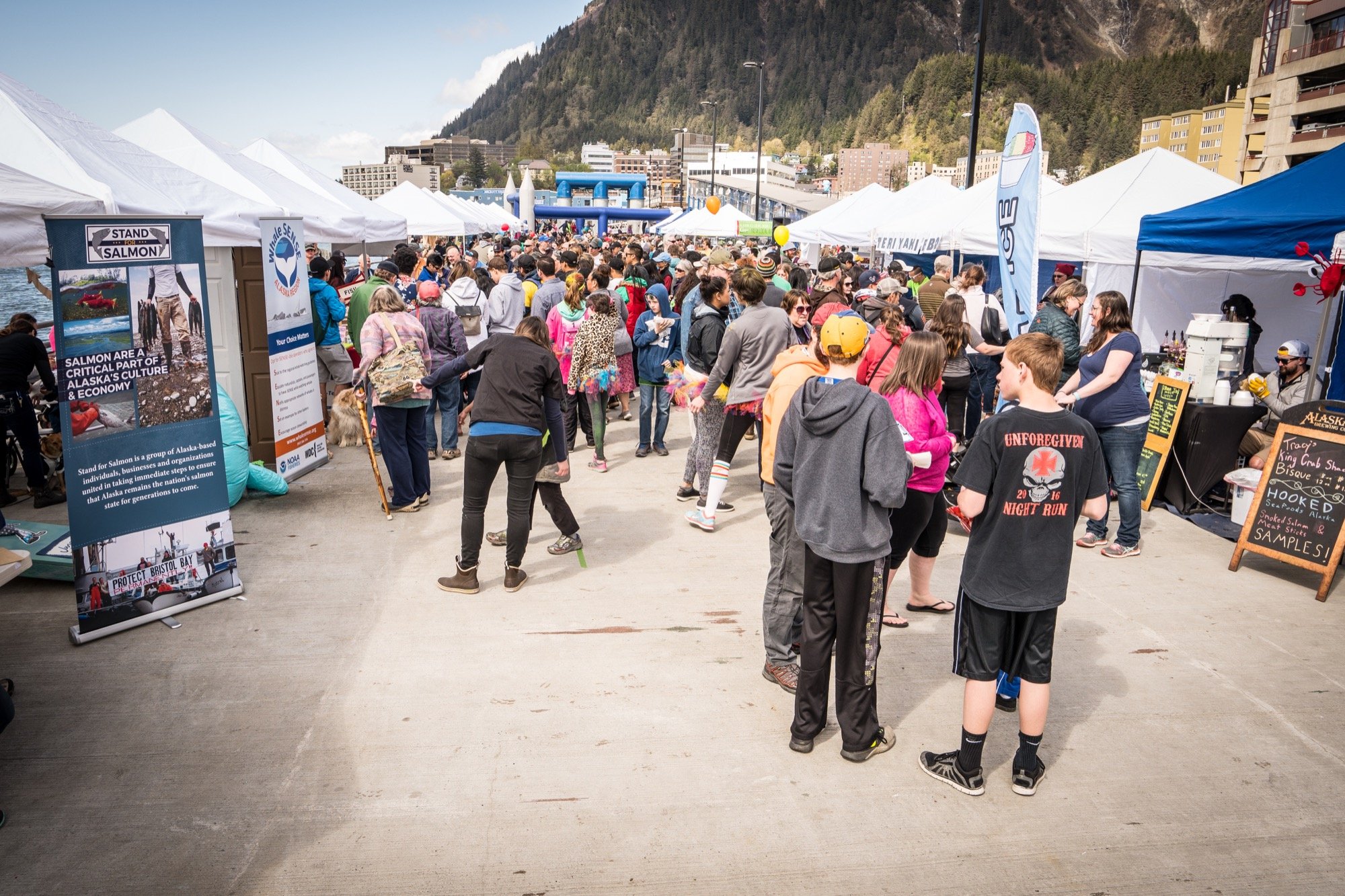 Look for the following local events and festivals taking place in Juneau in 2017!

NB: If you’re an independent traveler, it’s worth noting that the tour operators in Juneau run from May 1 to September 25, 2017. As well, taxi drivers can organize year-round tours for you upon request. Saturday, February 11 and Sunday, February 12. Celebrates the creativity of the people of Juneau as they don wearable works of art. This year’s theme is “Juxtaposition.” The Wearable Art Extravaganza showcases art in any media designed to be worn on the human body.

Monday, March 27. Commemorates the signing of the treaty by which the United States bought Alaska from Russia. This occurred on March 30, 1867.

Monday, April 3 through Sunday, April 9. In its 43nd year, this free event is Alaska’s biggest celebration of folk music. Excitingly, it’s performed by Alaskan musicians. As well as those from the rest of the country and Canada. Expect to see plenty of lively performances, workshops and dances. Monday, May 1 to Wednesday, May 31. A month-long celebration of salmon fishing. Mindfully, it’s held to benefit the Tlingit and Haida Alumni Scholarship Program. And let’s not forget: cash prizes are awarded.

Friday, May 5 to Saturday, May 20. May is springtime in Alaska. And what better way to celebrate than with music! Over the 16-day schedule, expect to see noted blues. As well, jazz and classical musicians from around the country perform in a variety of venues. Both in the town and on the water.

Saturday, June 17 to Sunday, June 18. In celebration of Juneau’s heritage and founding, the Gold Rush Days festival features all sorts of fun. Namely: logging events and mining competitions. Delicious food and other activities on top, that are great for the whole family. Monday, July 3 and Tuesday, July 4. Absolutely, locals and visitors alike have fun in Juneau on the nation’s independence day. With over 18 hours of sunlight, the festivities begin at midnight of the 3rd. This is with a fireworks display taking place over the Gastineau Channel. On the 4th, expect parades, field events, a dog frisbee competition, a fireman’s race and other fun events.

Friday, August 11 to Sunday, August 13. This event is the oldest salmon derby in Alaska. Sponsored by the Territorial Sportsmen, the winners are awarded large cash and merchandise prizes. Proceeds benefit derby fund scholarships. Wednesday, October 18. Anniversary of the formal transfer of the Territory. Further, the raising of the U.S. flag at Sitka in 1867.

Friday, December 1 to Sunday, December 3. Enjoy a visit to many of Juneau’s art galleries, beginning on the evening of Friday December 1. Meet the local artists and talk about their works.