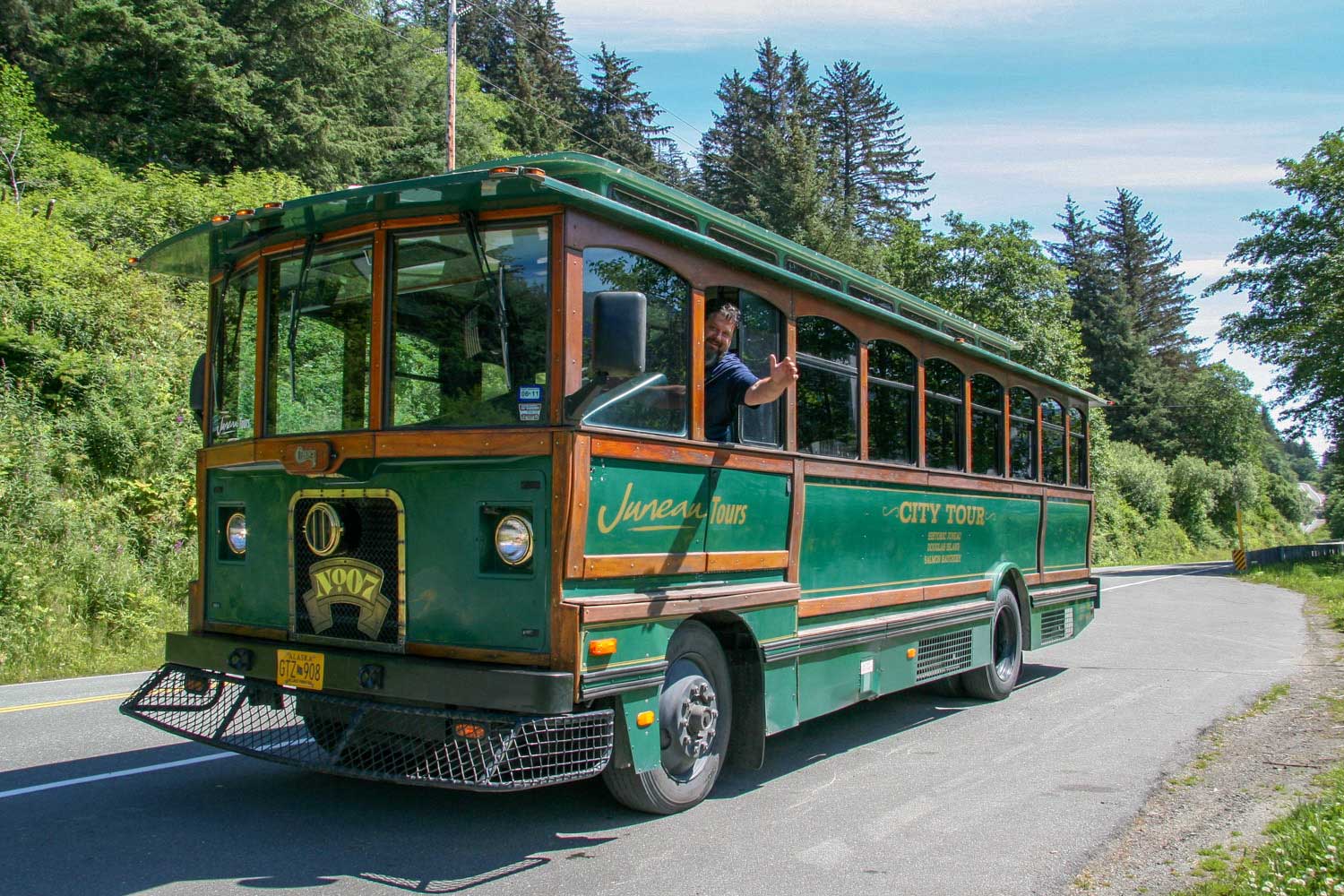 City based activities in Juneau, Alaska

City based activities in Juneau, Alaska

Jump on our City Trolley tour and check out some of the must see sights of the city—historic as much as iconic: Don’t look for a dome and don’t look for big grounds. Alaska’s State Capitol Building is one of the few that have neither. That’s because the territory of Alaska had trouble securing funding and land for the building, relying on local residents to provide funding. Completed in 1931, it housed the federal government until statehood in 1959.

Start your tour outside; the four front columns were made with marble from near Ketchikan. Inside are two murals of living off the land and ocean in Alaska, which is still a way of life here—many politicians are career fishermen. The second floor houses the senators and representatives; the governor and lieutenant governor sit on the third floor. There are free, ½-hour guided tours during the summer tourist season. May to September: Mon–Fri 8:30am–5pm; Sat–Sun 9:30am–4pm. Newly renovated in 2016 and established in 1900. Wonderfully, the museum collects, exhibits, and interprets the human and natural history of Alaska. It features a full-size bald eagle nesting in a tree and extensive ethnographic exhibits on the cultures of Alaska’s Native people. (See our post on Native peoples of Juneau, Alaska.) Two galleries offer changing exhibits and docent tours are scheduled throughout the summer. Arboretum on grounds features Alaska plants.

The museum provides statewide museum services and assists in the development of the state’s cultural and historic resources. Further, the museum store, operated by the Friends of the Alaska State Museum, offers a wide array of Native arts. As well as publications and educational materials. Also accredited by the American Association of Museums. Experience Mount Roberts! This is more than just a cool ride, from the convenience of downtown. The Goldbelt Mount Roberts Tramway takes you 1,800 feet above the city and then lets you explore a park offering cultural heritage education, dynamic crafts and some amazing, expansive views. It’s Juneau’s most panoramic and breathtaking view!

The experience begins with a five-minute ride from the cruise ship pier to the 1,800-foot level of Mount Roberts as the Chilkat Mountains. Also seen from the top: the Gastineau Channel, downtown Juneau, Douglas Island and the highest peaks on Admiralty Island, spread out before you.

Perseverance Theatre creates professional theatre by and for Alaskans. Founded in Juneau in 1979 by Molly Smith, the Theatre has since grown into Alaska’s flagship professional theatre. Incredibly, it serves nearly 15,000 artists and audiences each year. Despite being a community of only 30,000, and only accessible by boat or plane, Juneau has proven to be an ideal home for the Theatre.

Especially relevant, community volunteers help build our sets, run our productions and staff our events. Local artists design, direct and perform on the mainstage and second stage; local students participate in the theater’s many education programs. Including elementary school all the way through the University of Alaska Southeast, where we are the resident theatre.

The Theatre’s commitment to Alaskan art has led it to expand, becoming a resident theatre company at the Alaska Center for the Performing Arts in Anchorage. Future seasons will see the Theatre continuing to produce world-premiere productions. Moreover, exploring and connecting with Alaska’s far-flung communities, and enriching the local, state, and national theater scene.